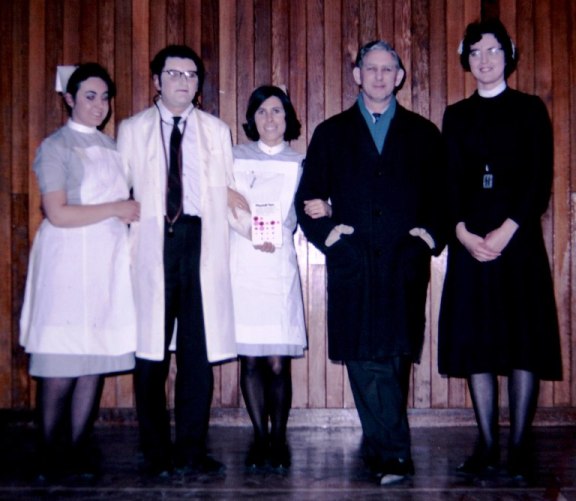 "Wanting for a change to produce a staff play I decided on 'A Separate Peace' by Tom Stoppard as it had an intriguing plot, mysterious even, yet was only one act and required just a few actors - perfect for busy teachers with limited time! It's about a man in some kind of nursing home and his various visitors and conversations, some on the telephone. Peter Dear played the 'patient'." 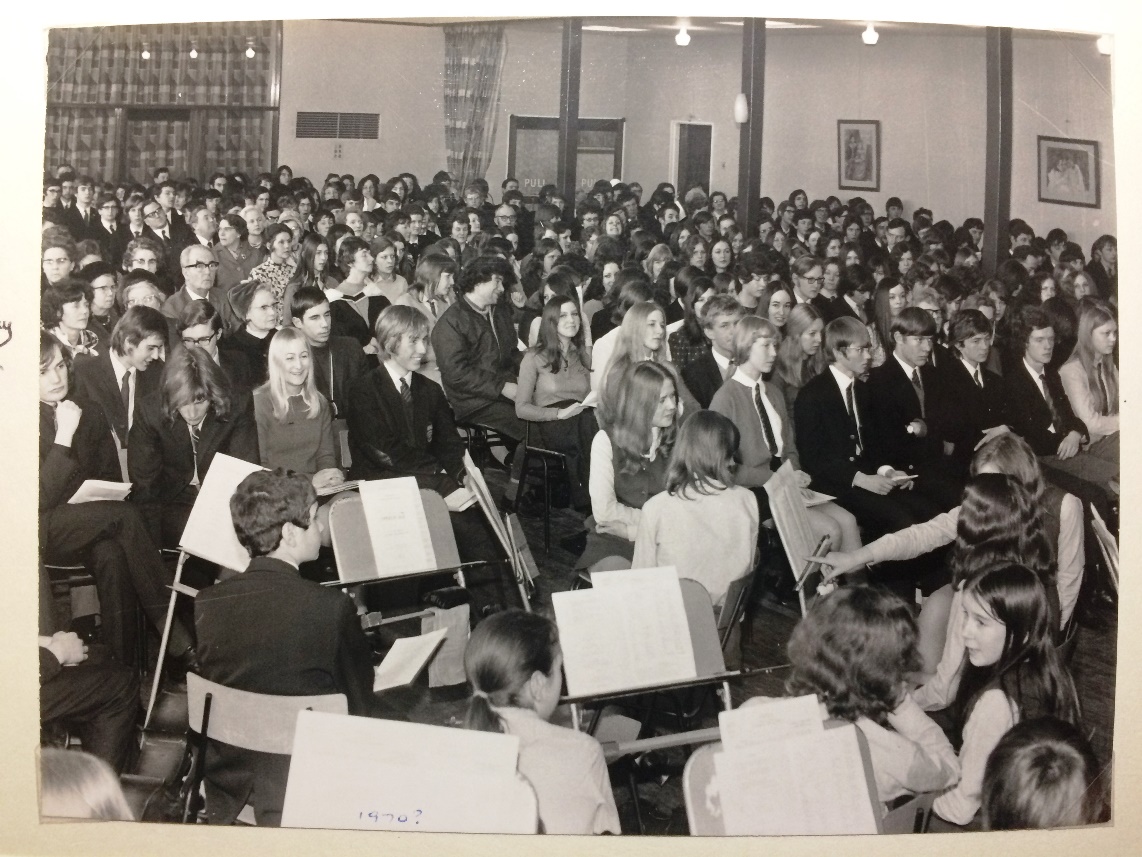 In the summer of 69 a group of school friends decided to form an after-school table tennis club and entered a team into the Chelmsford & District Table Tennis league. The team included four regulars: Andrew Jarvis, Paul Woolnough, Colin Watson and Steve Payne, with Brian Cheyney and Mr Cobb also playing several times during the season. The team entered the League into one of the bottom divisions (7A). The season extended from September 69 to April 70 and much success was had. Below are some press cuttings and league table at various stages of the season. I believe the team finished third and promotion was offered but as this was the last year for all 5 pupils, I assume there was no school team for the following season ... but perhaps others can tell any follow-on story. I believe we may have arranged a school table tennis competition; do any former CTHS pupils have a recollection of this? 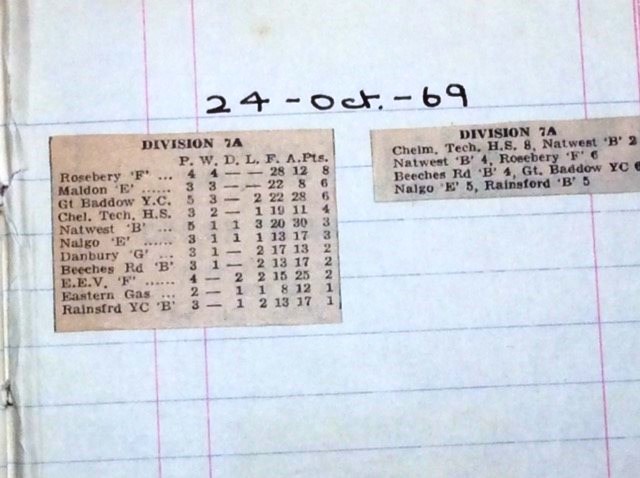 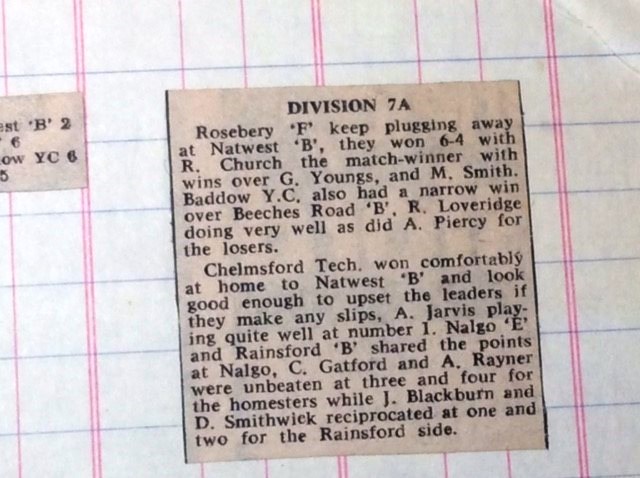 On the 5th December we had learnt more competitive tactics as the report below exemplifies. 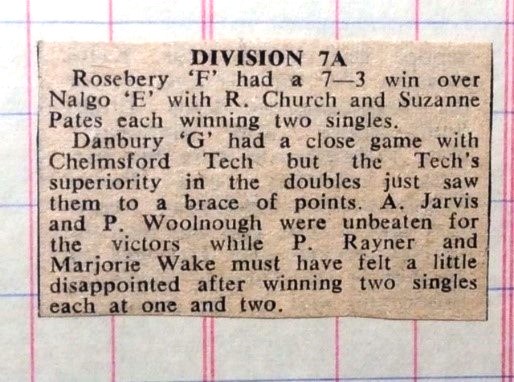 By the 12th December after 8 games we’ve moved up to 3rd spot which we held for the rest of the season. 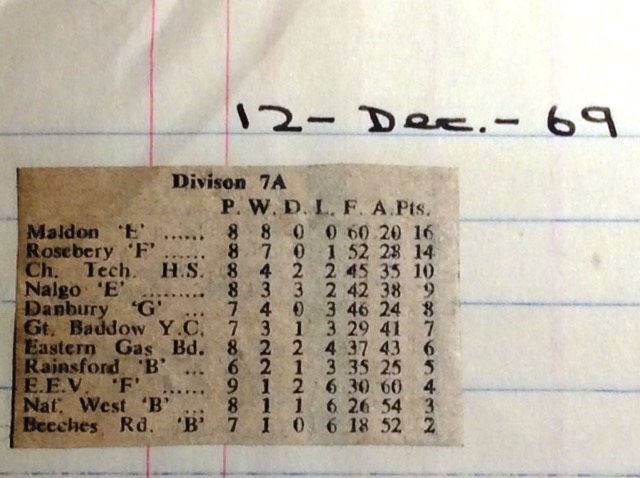 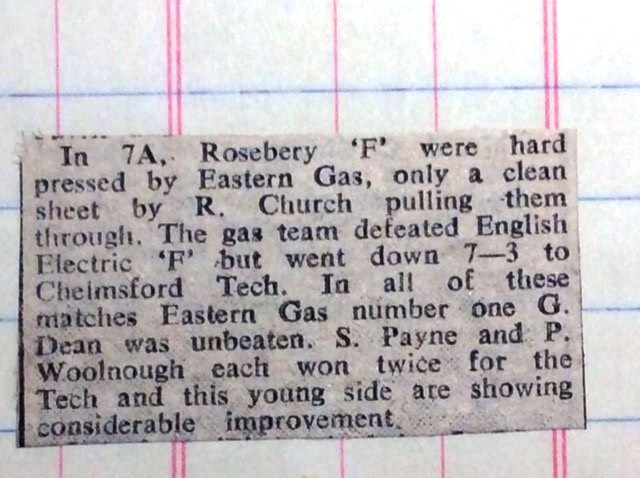 Into April as the season reached its climax as we held on to 3rd spot although well beaten by the eventual champions. All in all a creditable showing for our first season in a highly competitive league. 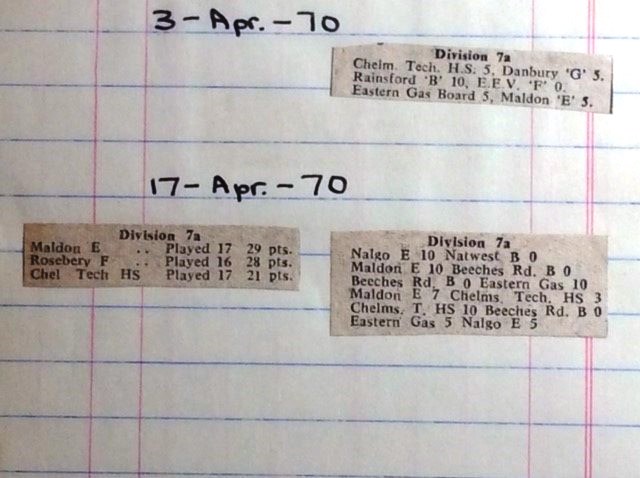 A selection of images from the school trip to a Jugendlager in a town called Bad Neiderbriesig in Germany in the glorious hot summer of 1969. If my memory served me correctly the price was something like £27.0.0 for 10 days.

By gum lad they were the days.