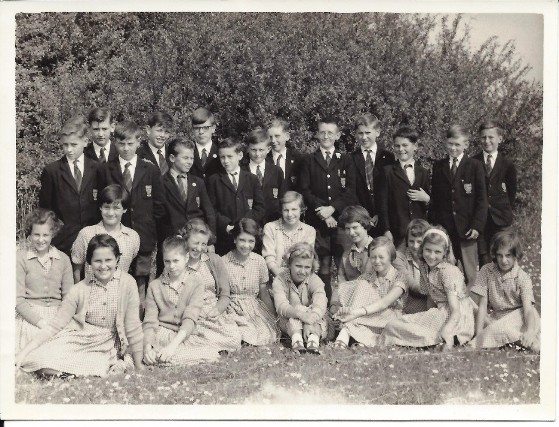 Review and Cast list for the play “The Tramp’s Dream”,  from The Midexian 1959.

Hilary is in the front row, holding her "Black Ant" costume 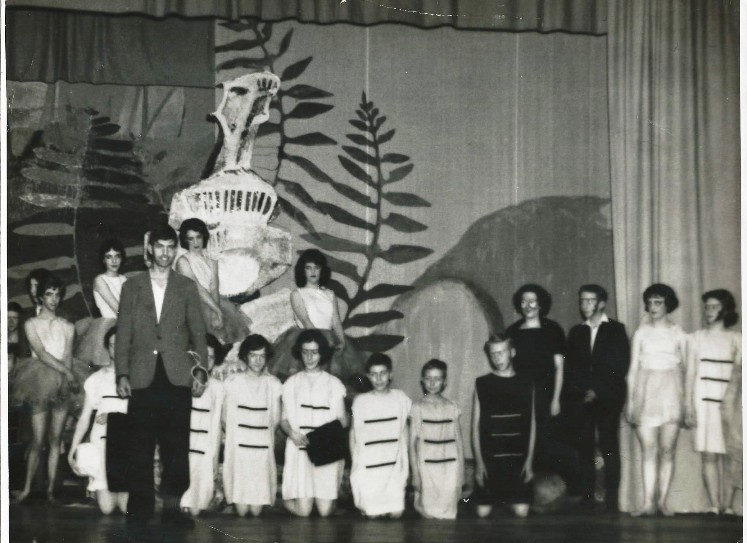 Standing higher at the back:  The 2 butterflies on the right are Marion Brooker and Judith Cornell.

Middle Row: Susan St John is 8th from the left, peeping through at the back, 5th from left is Jennifer Wilson (with the band across her forehead).

At the very back, underneath the leafy branch – right hand side is Mary Allen and just in front is Eleanor Cottee (now Ellie Saban).

Front row – 3rd from left is me (Mary Johnson), a flag-seller ant holding the tin, 9th from left Elaine Smith. Next to Elaine is possibly James Tildesley, last on right Jacqueline Burton. 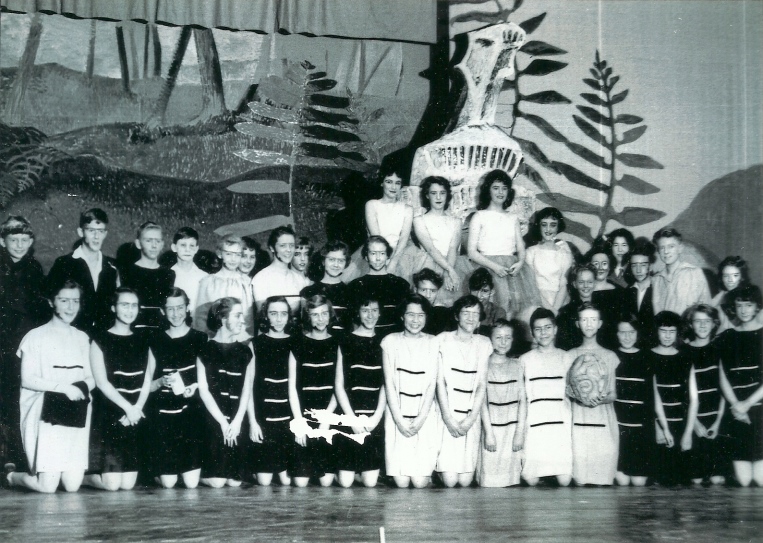 We are grateful to Aubrey Cornell for sending us the three pictures below. 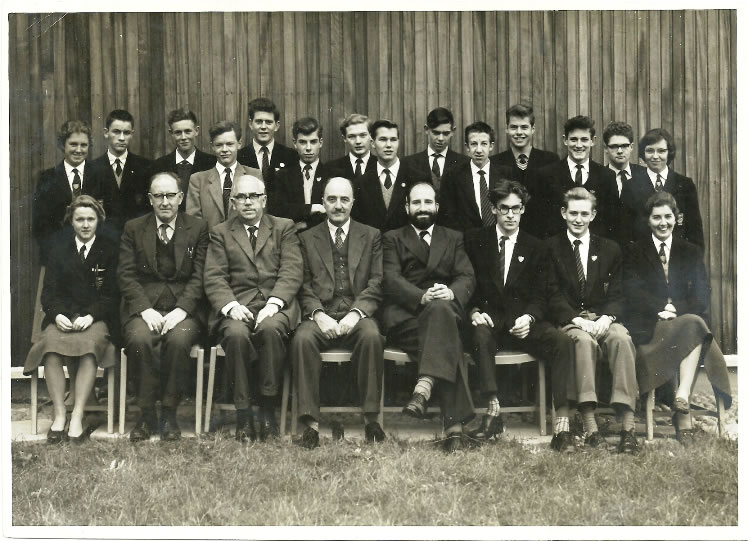 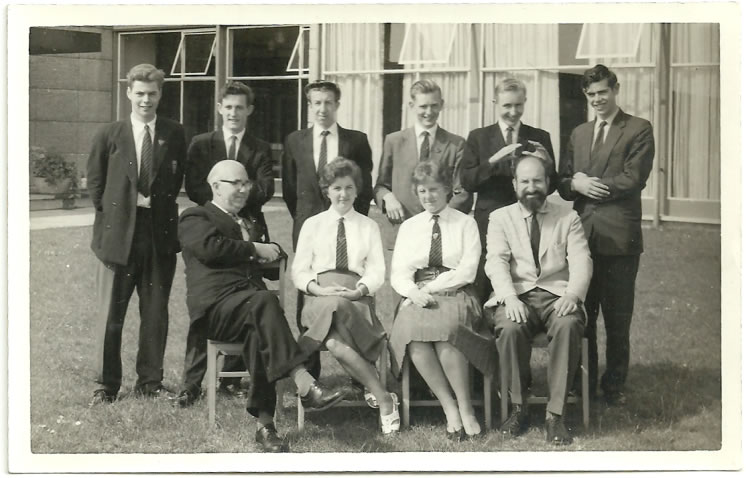 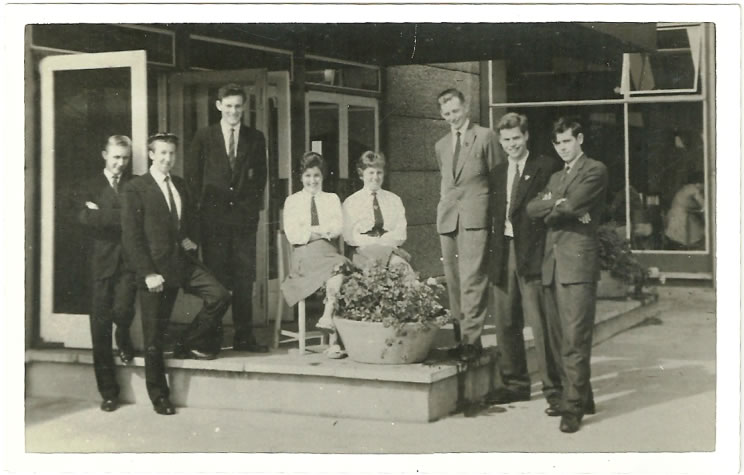 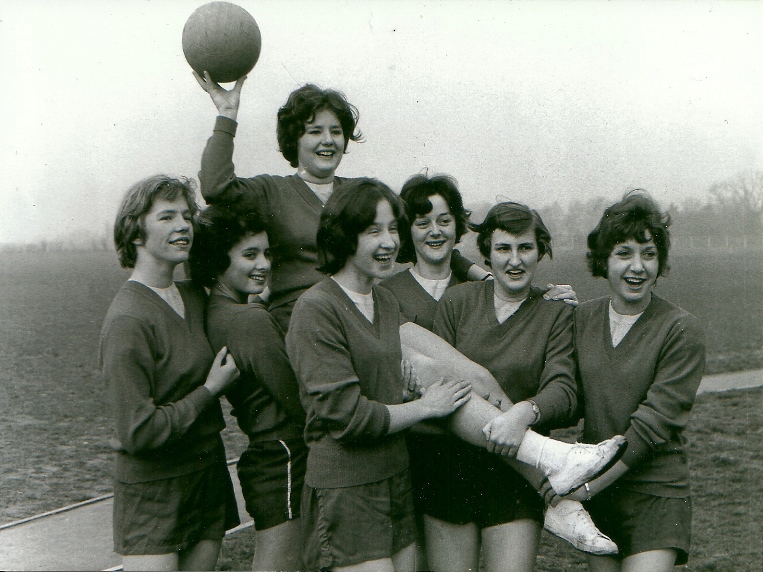