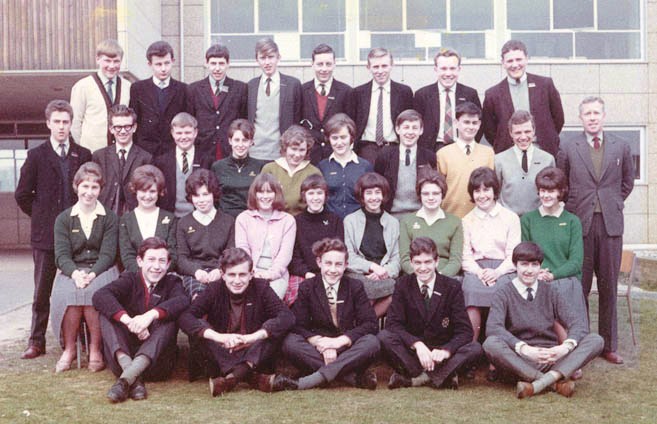 The above photo was sent in by Richard Howell, Frankston, Victoria, Australia

"A photo of my class of 1964, probably taken around May or June of that year. We were known as Extended 2 which meant that we elected to extend our stay at school for two extra years to take the GCE exams. The teacher is Mr Cass (we never did get to know a teacher's Christian name). I can put a name to some of the faces (I'm front row, second from the left), the boy at far right, back row is Brian Marden who was head boy for that year."

Richard has added some names to the pupils in the photograph :-

I think the head girl for that year is #2 in the row behind me but I cannot remember her name.

Richard Howell is correct in that we were known as Extended Two, and I believe we were the first pioneer year group specially formed to take O levels. At that time, school leaving age was 15. We remained a further year until 16 years old, (1964). We were streamed off at 14, when we were called Extended One, (1963), to begin the 2 year course, and were considered a little bit elite! The Head Boy and Girl were taken from this group along with the prefects.

Editor Note:- Many thanks to Terry for providing many of the missing names for the photo above. 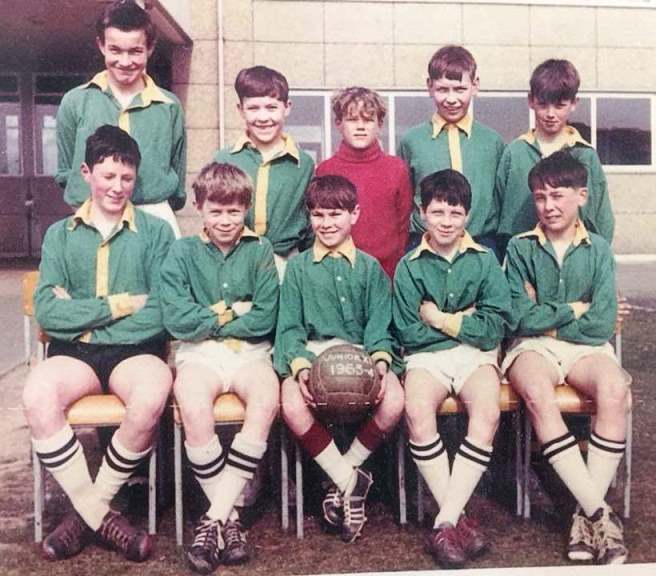